The Piggery shop has been a Broadwater landmark since 2008, situated on the corner of Broadwater Street East and Broadwater Road, next to the churchyard.

As well as serving up breakfast, we also sell our now famous Roast Meat Sandwiches and Roast Dinners all day long. Our meat is sourced from local butchers, and we only use Sussex pork legs for our sandwiches, that we roast fresh every day. When it’s gone – it’s gone! 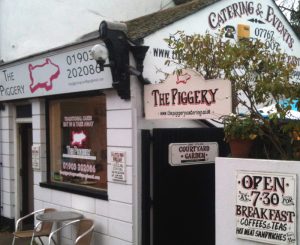